On August 26, Ukrainian Americans of New Mexico celebrated both the 27th and the 100th anniversaries of the declarations of Ukrainian sovereignty by gathering at the Albuquerque Civic Plaza to read aloud the official proclamation issued by Mayor Tim Keller.

Organizers of the event also shared warm greetings of support received from the 1.4 million member Congress of Ukrainian Canadians. The formal portion of the event was attended by over 50 participants ranging in age from 3 to 90, representing Ukrainian New Mexicans that had resided here since the 1940’s as well as those who had recently arrived. Father Artur Bubnevych of Our Lady of Perpetual Help Byzantine Catholic Church blessed the participants and led the prayers of thanks and in remembrance of our fallen heroes in the continued fight for freedom.

After the initial welcome by organizing committee member Nataliya Edelman, the keynote address was delivered by long time resident and Los Alamos recognized living treasure Stephanie Sydoriak who spoke about how her family, arriving in the US before WWI, had not only preserved Ukrainian traditions, customs and language throughout the decades but had successfully shared it with the indigenous and traditional peoples of New Mexico. She had the good fortune to visit Ukraine in 1990 and join in to joyfully welcome the new spirit of independence that was stirring strongly.

Following the Civic Center Plaza portion of the event, the assembled continued the festivities at a neighborhood park and began planning for the next event. 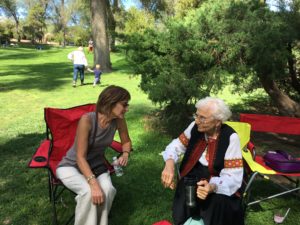 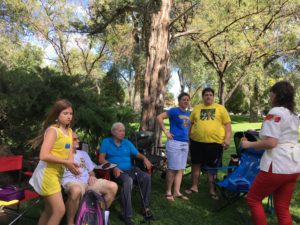 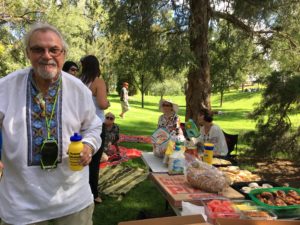 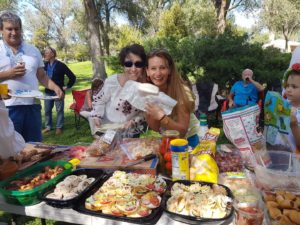